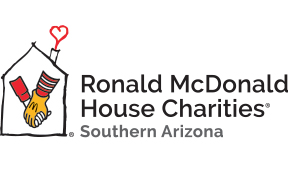 To find, create and support programs that directly improve the health and well-being of children and their families.

Call it a mother’s instinct.

Christina knew that there was something going on with her four-year-old son Mason.  He wasn’t feeling well.  He had a fever and was breathing differently.  He was crying in the night and his cries sounded different to her.

Mason has asthma so his pediatrician didn’t think they symptoms were abnormal.  He thought they were virus-related.  Mom thought otherwise and she “encouraged” the pediatrician (whom she works for) to run some tests.   Within a week he was diagnosed with acute lymphoblastic leukemia (ALL), which is the most common form of pediatric cancer.  Of course it wasn’t common to Christina or anyone in her family.

Christina had to leave her two daughters with her mom in Sierra Vista so Mason could start chemotherapy at Banner Children’s Diamond Children’s Medical Center.  Right now he is in remission but treatment will continue for up to three more years.

At first Christina slept at the hospital in the room with Mason.  Then she finally took a night off and moved into the Ronald McDonald House.

Since October, Christina and Mason have spent more than 30 nights at the Ronald McDonald House. Mason calls us “his people at the Donald House.”  For Christina, the House is more than just a place to sleep. She says, “It’s good to have you all at RMHC that are now part of our support team.”